Ending global hunger is one of the greatest challenges and opportunities of our time.

How do we help the more than 800 million people across the world who go to bed hungry each night get enough nutritious and safe food? Feed the Future believes the answer is clear:

Through partnerships and innovation.

Tackling global hunger requires “all hands on deck.” Feed the Future represents a broad partnership that draws on the expertise, resources, talents and dedication of numerous organizations, companies and individuals, including young Americans who will be the future leaders of agriculture.

We are proud to say our collective efforts have helped millions of families live better lives in the areas where we work.

This year, our partners turned out in unprecedented numbers to connect and spread the word during Feed the Future Week. From launching new partnerships to extending existing ones, we worked together this year to meet the challenges of a changing world.

As we reflect on the great strides we’ve made in 2018, we look ahead to the challenges and opportunities that are shaping our work in the year to come as we protect and accelerate progress on the journey to self-reliance.

Continue reading to learn more about our year.

Feed the Future By the Numbers

more people are living above the poverty line in areas where Feed the Future has worked.

more families are no longer suffering from hunger in areas where Feed the Future has worked.

more children are living free of stunting in areas where Feed the Future has worked.

Feed the Future has unlocked

in agricultural and rural loans, helping smallholder farmers and businesses make the investments needed to grow.

Feed the Future farmers have made

in agricultural sales since 2011.

innovations developed and deployed with Feed the Future’s help.

Feed the Future has helped

women farmers and women-owned businesses access credit every year since 2014.

The average pace of stunting reduction has been

annually in Feed the Future focus countries than before the initiative began.

From weather to pests and diseases, the agriculture industry must continually adjust and evolve to protect the sustainability of farming livelihoods for generations to come. Feed the Future is helping farmers around the globe, including ones here at home, manage these risks through groundbreaking research by our 22 Feed the Future Innovation Labs. These labs bring together the expertise of top U.S. universities and developing country research institutions to tackle some of the world’s greatest challenges in food security.

In 2018, Feed the Future researchers made enormous strides in protecting one of the world’s most vital crops: wheat. Thanks to the work of scientists like Dr. Matthew Rouse, this year’s recipient of the Norman Borlaug Award for Field Research and Application, researchers have successfully developed wheat varieties and management strategies to combat wheat stem rust, one of the world’s most dangerous agricultural threats.

Scientists, including ones from the Feed the Future Innovation Lab for Applied Wheat Genomics at Kansas State University, sequenced the bread wheat genome for the first time this year! This marks a critical milestone in providing a better understanding of wheat biology. This new knowledge will accelerate wheat research and drive innovation to help feed the growing global population.

Advancements supported by Feed the Future not only help farmers in South Asia avert significant losses of their wheat harvests; they also help protect a U.S. wheat industry

valued at $10 billion per year. Today, Feed the Future rust-resistant wheat varieties are being grown on more than 25 million hectares in Africa and Asia. In Ethiopia, female seed producer groups now have access to more than 400 tons of this new disease-resistant wheat—helping them to feed their country and their families.

The network of more than 70 American universities we work with are continuing to make new strides in research, finding solutions to agriculture’s biggest challenges and protecting farmers from current and future threats. In 2018, Feed the Future extended or started partnerships with the following universities. They are working on a wide range of issues from how to increase the sustainable production of fish to developing heat and drought-resistant crops to tackling pests and diseases that cross borders.

Learn more about how harnessing science, innovation and technology is critical to meeting the global challenges of ending hunger.

Some of the threats farmers and vulnerable communities face are so old, they’re familiar foes. But new challenges are emerging all the time, threatening the progress we’ve already made. And while some components of these challenges may seem well-known, it takes an innovative approach to tackle and halt these threats in their tracks.

Insects may be an expected threat to farming, but fall armyworm, an invasive species native to the Americas, is destroying crops at an alarming rate in Africa. Together with the U.S. Department of Agriculture and CIMMYT, we brought sustainable and effective integrated pest management strategies to African communities and governments to manage this pest. These systems aren’t all chemical pesticides, either -- we’ve educated smallholders on innovations as simple as pest exclusion nets and biological pesticides.

Check out a few of the ways we’ve helped African countries combat this food security threat.

Fall Armyworm in Africa: A Guide for Integrated Pest Management

A Farmer in Mozambique Faces an Unfamiliar Pest

Farm.ink, a Nairobi-based startup, won the Feed the Future Fall Armyworm Tech Prize in November. It is integrating a Fall Armyworm Virtual Advisor into its Africa Farmers Club mobile service, which already provides more than 150,000 farmers across Africa with farming information. The new virtual advisory feature will provide them with specific information on how to identify and treat fall armyworm.

Many emerging challenges are also putting our progress at risk. Shocks, like floods, drought and conflict, and ongoing stresses, like scarce natural resources, price volatility and political fragility, threaten to slow the strides we’ve made and undo development gains around the world. So, now more than ever, we’re prioritizing investments that proactively build resilience.

We work with a host of partners to promote agriculture-led growth and good nutrition, and help communities get the tools they need to better manage and proactively deal with shocks and stresses without falling back into poverty in places like Kenya and Niger. The evidence continues to grow that by partnering with countries and investing in resilience, we can protect progress and reduce humanitarian need.

See how, in collaboration with our partners, we tackled other obstacles smallholder farmers face around the globe.

As You Sip Your Cup of Coffee, Remember the Smallholders

Tree to Treat: The Sweet Journey of Chocolate

Pests Are No Match for New Eggplant in Bangladesh

Investing Beyond the Field

Helping smallholders learn how to better cultivate their crops and improve their nutrition is only one step in the process of establishing food security. We were inspired this year by our partners’ dedication to transforming storage options and preventing postharvest losses, too.

Our partner, Promethean Power Systems, brought the power of cold dairy storage to 3,000 smallholder farmers in Bangladesh. See how Promethean develops cold storage solutions for processors in rural areas where there is inconsistent electricity and individual farmers produce relatively small quantities of nutritious and safe milk. 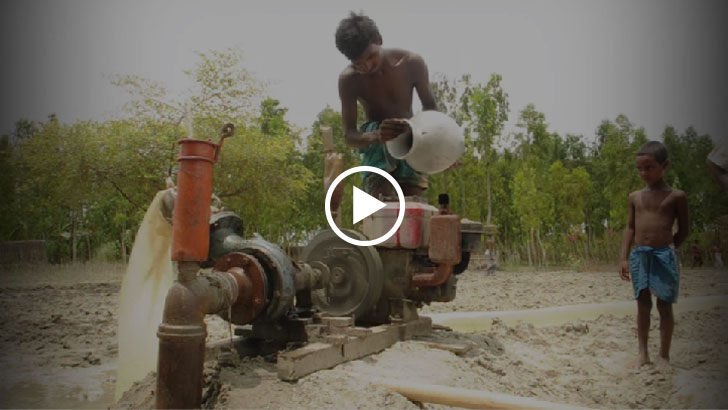 No matter how basic or complex the need—from access to water to food processing—we brought the full weight of our partners’ innovation and drive to each step in the supply chain and reduced waste and loss along the way.

Here at Feed the Future, we know good nutrition builds the foundation for a healthy future. That’s why we’ve been integrating agriculture and nutrition from the start, with a particular focus on the critical 1,000 days from pregnancy to a child’s second birthday when good nutrition makes a lifetime of difference.

We were thrilled to see the World Food Prize focus on nutrition this year. The laureates, Drs. Lawrence Haddad and David Nabarro, have been long-time Feed the Future partners and their efforts over the last several decades helped put nutrition at the top of the global development agenda.

At the World Food Prize’s October conference, the Board for International Food and Agricultural Development hosted a timely discussion on improving nutrition through private sector engagement too. The takeaway...

Policy guides the development and use of resources, incentivizes private sector investment and ensures accountability. This is why Feed the Future helps partner country governments create better policies, regulations and strategies for food security and nutrition to ultimately help them move toward self-reliance.

We joined our African counterparts in launching the first edition of the African Union’s African agriculture transformation scorecard and review this year, which tracks food security investments and accountability. We also launched the new 50 by 2030 Data Initiative with multiple partners to help countries improve their national data systems to inform policies and decision-making in the future.

From advanced seeds to better storage, our work benefits from the expertise and ingenuity of the global business community. The future of development is enterprise-driven, and Feed the Future brought the future closer this year with new and innovative ways of working with the private sector and fostering market-driven progress in rural communities.

We know growth only gets stronger when empowered youth and women can create enterprises within their communities. This year, we supported new entrepreneurs and launched new programs aimed at helping these groups overcome barriers. 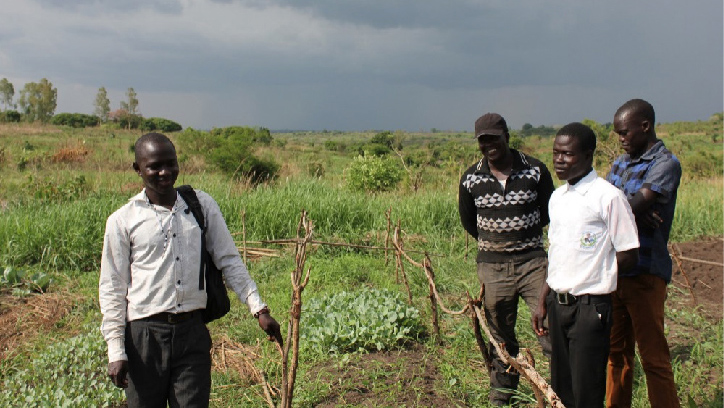 Harnessing the Potential of Youth to Realize the Power of Agriculture

On International Youth Day, we highlighted how engaging youth in food systems is vital to ending global hunger.

OPIC launched the 2X Women's Initiative to mobilize $1 billion in capital to invest in the world's women and unlock the multi-trillion dollar investment they represent. 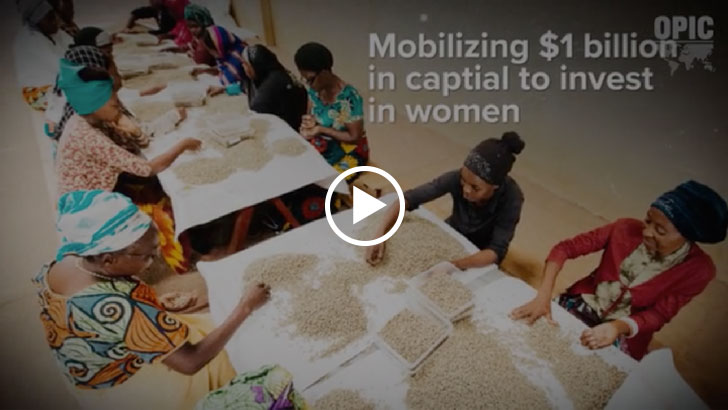 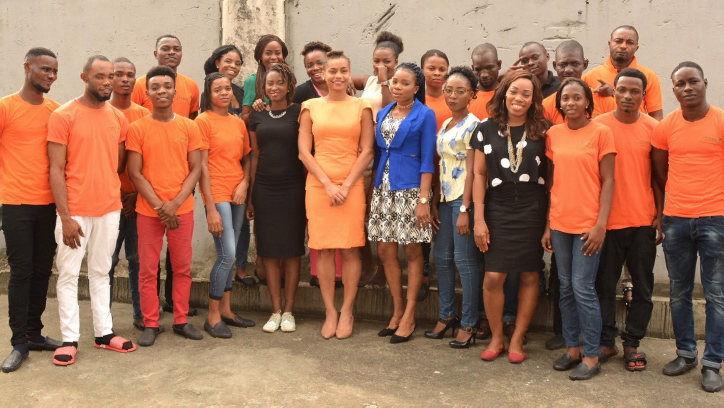 In the Business of Nutrition 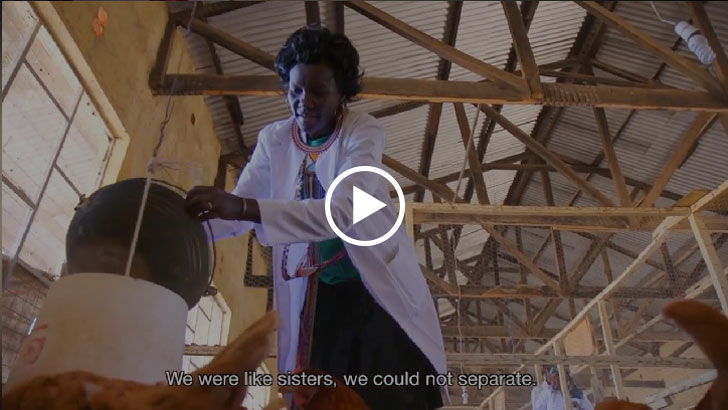 This year, Feed the Future opened new markets and brought new partners in on the fight against food insecurity and malnutrition.

Thrilled to expand @FeedtheFuture work w/ @Corteva Agriscience. The future of development is enterprise-driven. The agreement signed today lays the foundation for future co-investment & creation that will help #endhunger while growing markets for U.S. business. #USAIDTransforms

@beth_dunford @RTI_INTL_DEV: We're working on processing & packaging nutritious foods as a business opportunity - mainly for women - to increase the prevalence of healthy food in communities where we work. #endhunger

We're proud to work alongside experts at @LandOLakesInc @BethFordLOL and other partners like @beth_dunford at @FeedtheFuture because #feedinghumanprogress will take all of us to find new solutions to #endhunger: http://bit.ly/2QlKwWs

Our Africa Trade Hubs made new connections between U.S. & African businesses leaders in #Iowa this week. Together with @FeedtheFuture and @IGDleaders, we're working to end hunger abroad by partnering with businesses at home. #USAIDTransforms @InvestEAfrica @USAIDAfrica

“We turn to the #privatesector and say, ‘Give us the best you got!’”
Today @USAIDMarkGreen announced a new private sector engagement policy @AEI -- a major shift toward enterprise-driven development. @usaid #USAIDTransforms #WorkWithUSAID https://goo.gl/9JV74p

By continuing to invest in new technologies and long-term solutions today, we can reduce the need for foreign assistance in the future, while opening up new markets and opportunities that fuel development and self-reliance. Partnerships have been, and will continue to be, key to making this happen.

Although untapped agricultural potential and unpredictable trends continue to be a barrier to progress, we believe that with private sector, civil society, universities and research organizations, donors, and Americans here at home working together, we can build lasting food security for generations to come.

As we enter 2019 with strong bipartisan support, new indicators and new target country plans, we are proud of the progress we’ve seen in areas where we work. We look forward to helping our partner countries take further steps to stabilize their futures—and end hunger.