While researching poverty and food insecurity in Kenya, Andrew Wamukota of Pwani University was rather surprised by what he found. His data showed that the most vulnerable communities living along the Kenyan coast suffered from higher rates of malnutrition and nutrient deficiencies. 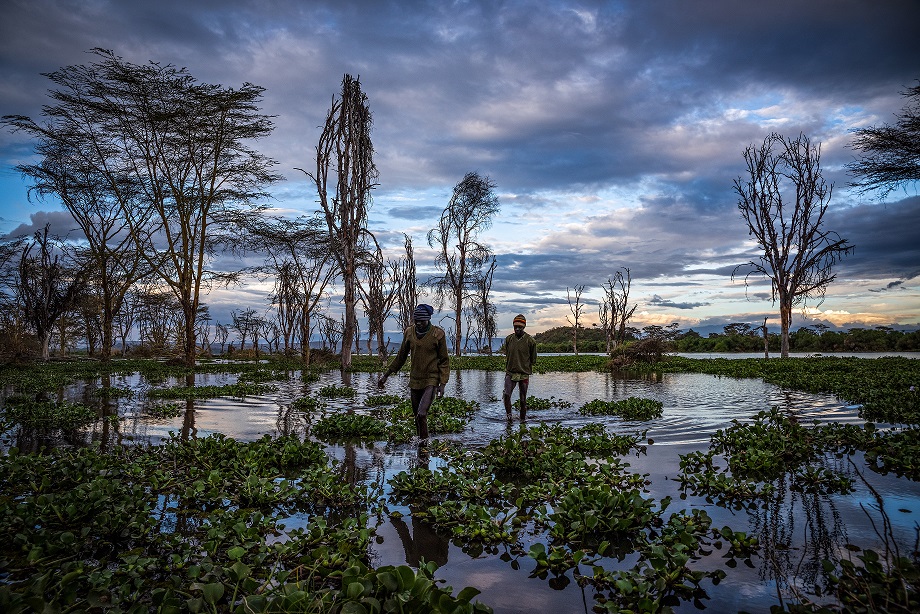 “You would expect that since they have closer access to the sea, they would be able to feed their families with fish they catch, but that wasn’t always the case,” Wamukota said.

That led Wamukota and his project co-lead, Lora Iannotti of Washington University in St. Louis, to SecureFish, a project of the Feed the Future Innovation Lab for Fish. The program aims to understand the underlying causes of poor nutrition within vulnerable Kenyan communities and to develop solutions that increase access to and consumption of sustainable fish.

Digging deeper, Wamukota and Iannotti found that inadequate fish consumption was a major factor contributing to malnutrition along the Kenyan coast. They also discovered that children in these fishing communities had very high rates of stunted growth, notably exceeding those of non-fishing communities. This disparity existed likely because fishing families sold most of their catch to afford staple foods such as maize, while keeping only a small amount of fish for themselves.

As a result, the diets of coastal families lacked the much-needed nutrients found in fish, such as important fatty acids, iron, selenium and zinc. This contributed to alarmingly high rates of stunting—the impairment of physical growth and brain development—among children in Kenya’s fishing communities, particularly along the northern coast. 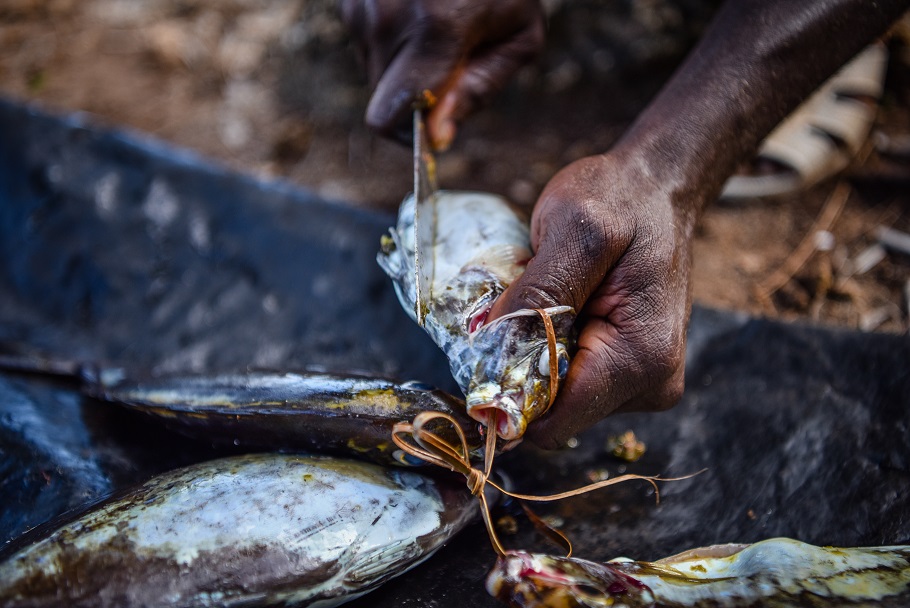 “The children are small relative to the World Health Organization’s growth standards, with high levels of stunting and underweight evident in our data,” Iannotti said. “Most people around the world now consume the calories they need, but in low-resource communities such as these fishing villages, they lack certain nutrients necessary for healthy growth and development.”

Research also found that local customs exacerbated the problem. Men, considered the head of the household, were typically served the head of the fish—the most nutrient-rich portion. Children, meanwhile, were served broth-based fish soups, which contained very small amounts of fish and some vegetables, largely lacking the necessary nutrients needed for proper development. Unbeknownst to these coastal families, this practice is one of the contributors to stunting.

For coastal families, this awareness led to a clear desire for more nutritional knowledge.

“Men should also be educated on nutrition so that when the mother asks for something, we know it is essential for the health of the child and family,” said one fisher of the Uyombo coastal region of Kenya.

SecureFish researchers worked to reverse this trend using feedback meetings to improve nutrition education, particularly among parents. Working with local leaders to engage their communities, Wamukota and Iannotti found that parents, and particularly fathers, were eager to learn better nutritional practices for their children. 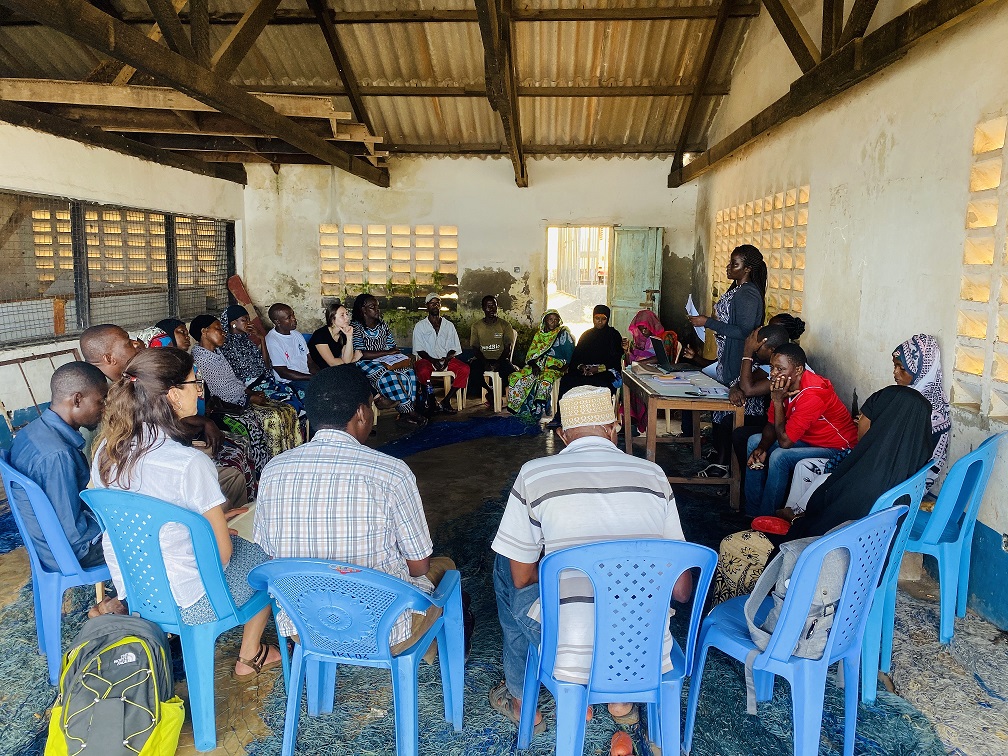 “The issue was a lack of awareness–many of them didn’t know the cuts of fish that men ate should actually be for the children. They requested even more education,” Wamukota said. “There was a lot of support for this kind of thinking and not much resistance. It was just something that carried over through time from beliefs.”

In addition to providing nutrition education, it was equally important to ensure that coastal communities produced a sustainable quantity of nutrient-rich fish. Wamukota and Iannotti determined that parrotfish, a common regional staple, was being overfished. To help build resilient fisheries in Kenya and ensure fishers have a long-term sustainable source of income, the researchers promoted rabbitfish, a more sustainable but equally nutritious alternative.

Though the impacts of SecureFish’s findings are still being studied, initial results are promising. Based on the discoveries of the SecureFish project, the team has launched a new project also funded by the Fish Innovation Lab, Samaki Salama, that combines social marketing for nutrition education about the importance of fish in young child nutrition with introduction of modified traps for sustainable fisheries and improved livelihoods. This new initiative aims to improve livelihoods, which means increased wealth and access to services that improve household wellbeing. With a better understanding of the necessity of fish in their children’s diets, many are likely to make efforts to increase fish consumption and improve their families’ nutrition.

Funded by the U.S. Agency for International Development (USAID) and part of the U.S. Government’s global hunger and food security initiative, the Feed the Future Innovation Lab for Fish (Fish Innovation Lab) aims to reduce poverty and improve nutrition, food security, and livelihoods in developing countries by supporting the sustainable development of fisheries and aquaculture systems.

How Kenya is Spotting and Stopping Drought Early in Remote Areas

This Article in Brief In 2018-2019, the drought in northern Kenya threatened the livelihoods of livestock owners. An early warning system for drought is critical to mitigating its potentially&nbspdevastating…

In rural Kenya, youth are embracing farming to earn more income and succeed in life. Wilkister Akinyi is a young farmer in Western Kenya. She planted maize and beans,&nbspbut…