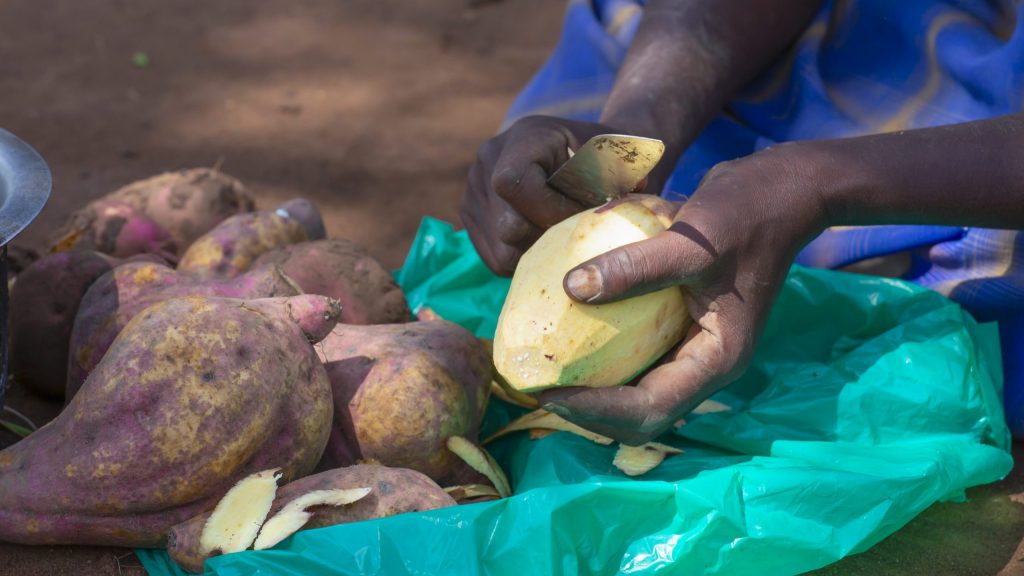 Namusobya Safina, a farmer in Eastern Uganda, used to live in constant worry for her family’s health. She made frequent visits to local hospitals and health centers to help her children, who live with sickle cell disease.

Safina first heard about crop biofortification in 2018, when she learned about growing beans that are rich in iron and sweet potatoes rich in vitamin A. Since then, she has been growing these vitamin and mineral-packed crops to feed her children. Her children are now stronger and help her plant these nutritious foods on their quarter-acre lot.

“They helped my sick children,” Safina said of the beans and potatoes.

Feed the Future is working with HarvestPlus to scale up the farming of biofortified crops in Uganda. In collaboration with Ugandan partners, HarvestPlus assists in developing the best ways to get seeds into farmers’ hands to expand their opportunities and make additional income in local markets. Because of this work, Safina is now one of about 5.5 million people – one in eight people in Uganda – growing and eating vitamin A-rich sweet potato varieties, and more than 4 million people growing iron-rich beans. 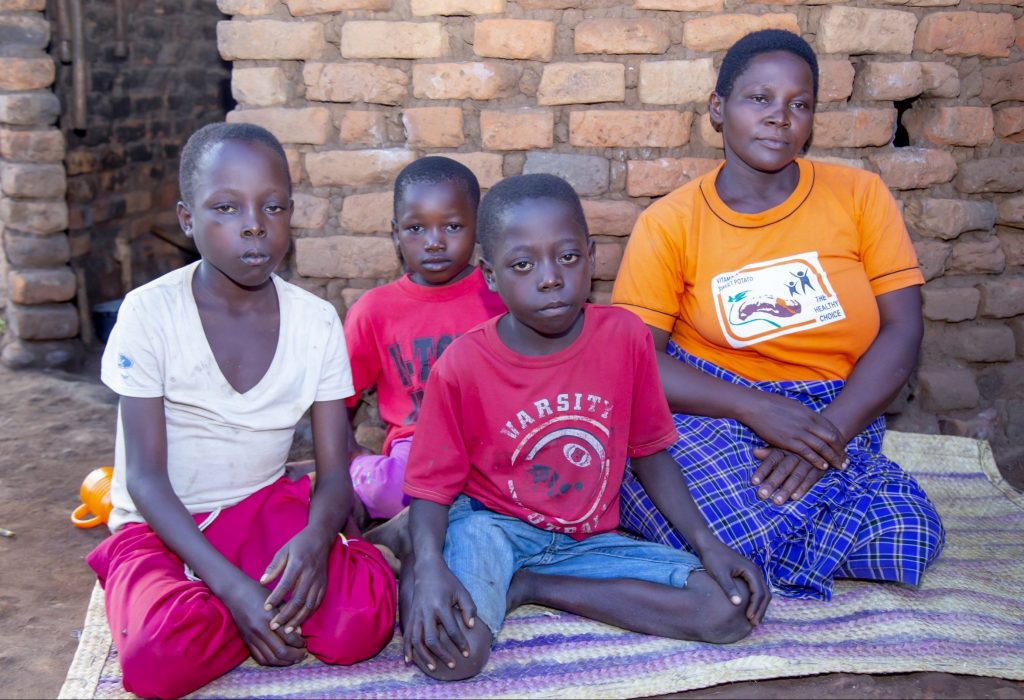 Made for Farming Households

Agriculture is the driving force behind Uganda’s economy, accounting for two-thirds of the labor force and about half of export earnings. Yet most families in Uganda rely on diets made up of staple crops that lack essential vitamins and minerals, so many individuals, particularly women and young children, suffer from micronutrient malnutrition. This means they have enough food to fill their stomachs, but not the most nutritious kinds needed to live healthy lives. This can lead to health and developmental issues such as anemia, poor body and brain development in children and impaired cognitive capacities.

Since 2006, Feed the Future has worked with HarvestPlus in Uganda to combat malnutrition using biofortification, which involves breeding and sharing staple crops with higher levels of micronutrients. But getting these nutritious, biofortified crops into the hands of families who need them most requires behavioral, social and political change.

The HarvestPlus work began by understanding the magnitude of micronutrient malnutrition in the country. The team learned that about 30 percent of children under five were vitamin A deficient and about 70 percent were iron deficient. 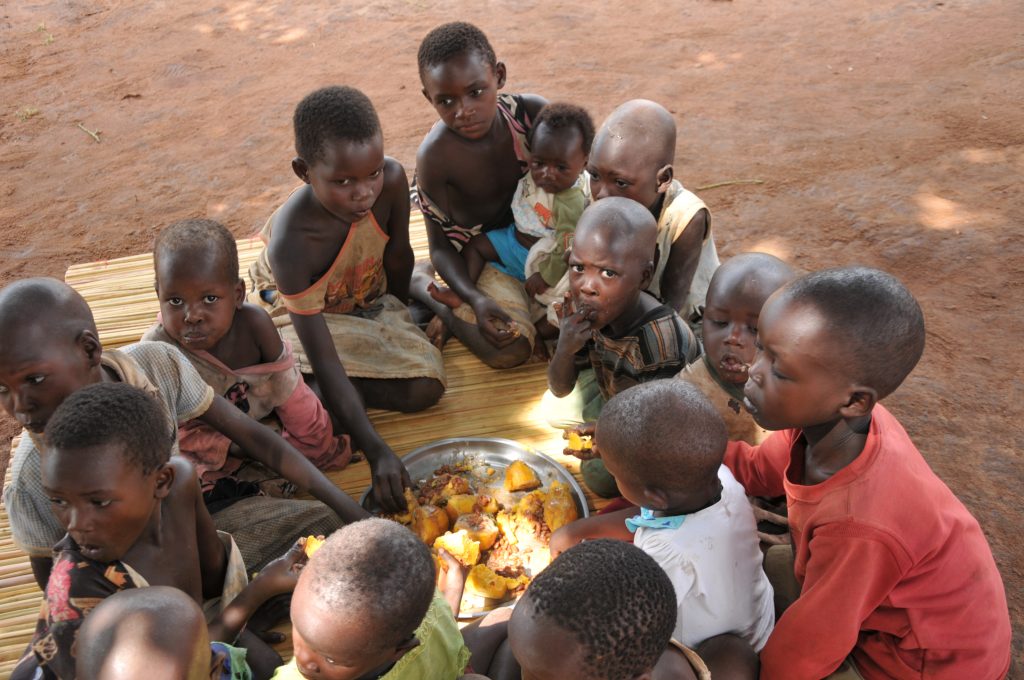 To address this, HarvestPlus and its partners developed and promoted more nutritious varieties of staple food crops like vitamin-A enriched orange sweet potatoes and iron-rich beans.

Misinformation – about where the newly introduced crops were from and speculation of its effects when eaten – circulated widely. HarvestPlus took different approaches to educate local communities. They used a radio drama called “My Children” to uplift the importance of biofortified crops in a relatable way. Staff met with local farmers during field days to explain why crops, like the orange sweet potatoes, varied in color. HarvestPlus also leveraged the power of women, using a “Lead Mother” approach where women taught others about the value of the foods. Through data-focused advocacy campaigns, HarvestPlus empowered decision makers to integrate biofortified crops into national crop strategies.

In addition to combating micronutrient malnutrition, the team aimed to create a sustainable system for Safina and other women smallholder farmers.

For Safina, biofortified crops have brought a significant livelihood boost. Since growing and selling them, Safina has been able to afford the school fees for her children and buy household supplies. She’s even used the additional income to diversify her farming activities into raising animals like poultry.

To those who have not heard about biofortified crops, Safina said: “I am even willing to give them a taste of these iron beans and orange potatoes. This will encourage them to join the project.”

This story was originally published in conjunction with our October 2021 newsletter focusing on the theme of improving nutrition. The other stories we highlighted include: