In Cambodia, Communities Join Together to Invest in a Shared Future

As the sun breaks across the rice fields of rural Cambodia, Loeng Lai can be found getting an early start on his day, tending to the cucumbers, morning glory, and winter melon in his vegetable garden. He bends down to check on his irrigation system and mulching, two technologies that he learned to apply from a Feed the Future program in 2012. The mentoring Loeng received through the program has been invaluable: He has grown his income by 1,000 percent over the last four years. In a country like Cambodia, where more than two-thirds of people work in agriculture, these kinds of gains can change the future of the nation. 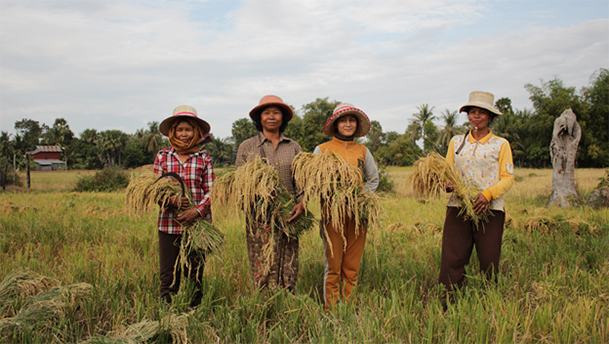 Cambodia is a country with great promise but also complex challenges. It benefits from the thriving economies of Thailand to the west and Vietnam to the east, with its own economy growing at a rapid 7 percent a year. In areas where Feed the Future works, poverty and stunting have dropped by up to 26 percent and 23 percent, respectively, in recent years, yet Cambodia is still adjusting from a history characterized by lack of transparency in government and institutions. Many of its communities are still working to develop the tools and infrastructure to move beyond rural subsistence.

Over the last seven years, Feed the Future has been working closely with Cambodian community leaders and organizations to build trust and expand the tools and opportunities needed for a more prosperous future. Loeng’s story is just one example of how this approach is translating into progress. 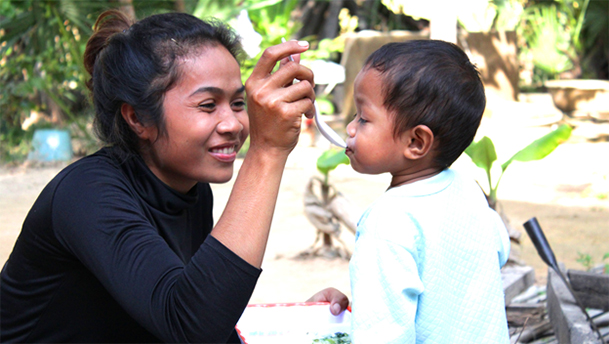 Loeng’s neighbors have taken note of his recent success. People passing by his land often stop to ask how he is able to produce so much. He knew that he couldn’t keep what he has learned to himself. Today, Loeng is sharing his knowledge and helping his neighbors use the same techniques and tools that have made him successful. He happily provides advice and assistance to anyone who asks, and has even helped his nephew in a village far away start a farm based on the same approach.

In addition to helping farmers boost their productivity and earn a better living, Feed the Future is also working to strengthen local institutions in Cambodia. For Hout Kak, who leads a community-led fish refuge, this work has had a profound impact on his community. The refuge was designed to help the community sustainably maintain natural fisheries while increasing the number of wild fish available for harvest, but it has done so much more than that. 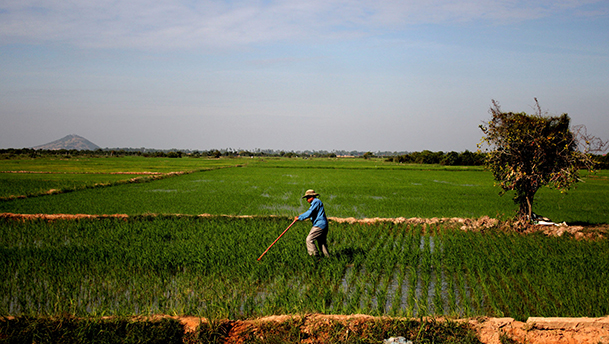 Before Feed the Future helped the community establish the fish refuge, Hout Kak and his neighbors didn’t believe that they would see results and were hesitant to contribute to community improvement projects. With Feed the Future’s support and a commitment to jointly fund projects with them, community members willingly gave. They are already seeing tangible results and their faith in community-led and -funded projects is growing.

Recently, Hout’s community decided that it needed to improve its old roads and build 1,000 meters of new ones. To do this, it would need to raise funds. Because of the increased trust and accountability built through the fish refuge, when the call for funds went out, people believed that the money would be used properly. Members of the community willingly donated to the cause and together they raised $2,350—more than twice the average annual income for any one of them. 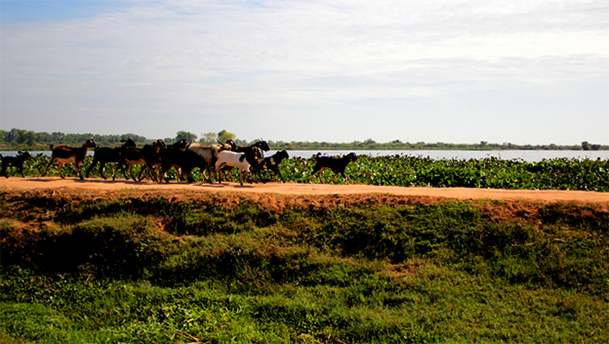 Hout Kak and his neighbors plan to keep working on community-driven projects. Five years from now, their goal is to have more roads, more canals, and more ponds in nearby rice fields. They have big plans, and, because of the example that Feed the Future helped provide, are more committed than ever to seeing them through.

Hout Kak and Loeng Lai are just two of 189,000 Cambodian food producers who are sustainably improving their livelihoods and bettering their communities with some help from Feed the Future. For Cambodian producers reached by Feed the Future, this translated into $16 million in new income from agricultural sales in 2015 alone.

Across Cambodia and around the world, Feed the Future’s efforts are helping communities drive their own progress. And, since this work is being led by people in these countries, these gains empower communities and will ensure lasting change. 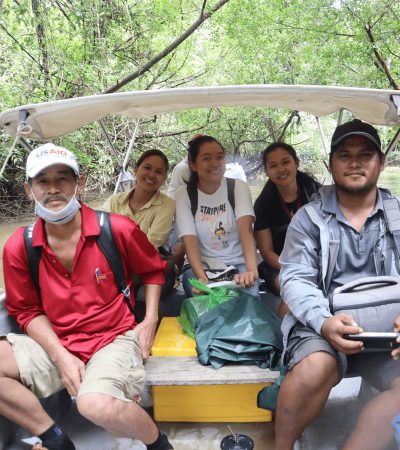 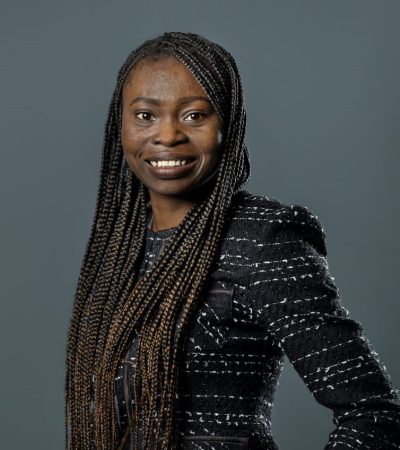 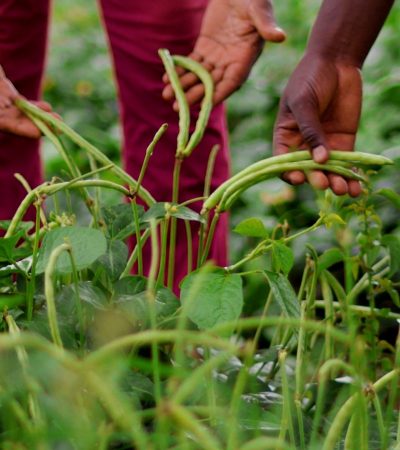 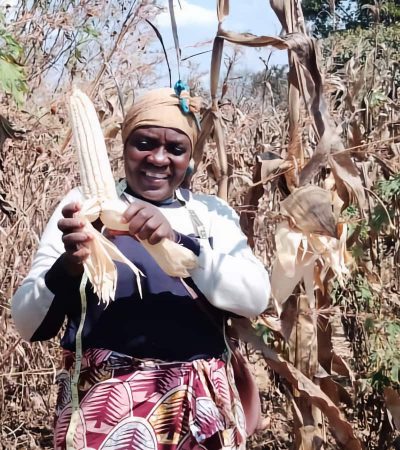