Want to Empower Women in Agriculture? Use Technology.

It’s very difficult to effectively manage responsibilities if you have neither the authority over nor access to the required skills, networks, resources, or decision-making power needed to complete critical tasks. Yet, that is the situation women in Tanzania’s agricultural sector face.

According to research from the World Bank, women form the majority of Tanzania’s agriculture work force—particularly in rural areas, where 98 percent of economically-active women are involved in agriculture. They prepare, plant, weed, harvest, transport, store, and process their farms’ products. In addition to these time and labor-intensive activities, women also cook meals and perform other household management tasks. These are crucial in a country where 42 percent of children under 5 years old suffer from stunted growth, due to malnutrition, and 16 percent are underweight.

Tanzanian women are keenly aware of their responsibilities and the challenges embedded therein. Limited decision-making power, unfavorable regulations, and biased sociocultural norms reduce their access to finance, land, technical training, labor-saving equipment and other productive resources. As a result, barriers are stifling their potential to be leaders of technological invention, entrepreneurship, and legal and regulatory change throughout the agriculture sector. But these challenges are not insurmountable.

In fact, with a little help from the U.S. Agency for International Development, farmers are developing their own solutions.

The Innovations in Gender Equality (IGE) to Promote Household Food Security program, in close coordination with Feed the Future projects in southern Tanzania, is helping farmers address constraints they face when working in agriculture.

This project is a partnership between Land O’ Lakes International Development , the Massachusetts Institute of Technology’s Development Lab (MIT D-Lab), and USAID.

It offers community-centered technology design training to smallholder farmer groups in the Southern Agricultural Corridor of Tanzania. Trainees, the majority of whom are women, develop prototypes in group settings and receive in-depth coaching from MIT D-Lab trainers.

What do the results of these technology design trainings look like?

What technologies are farmers developing? 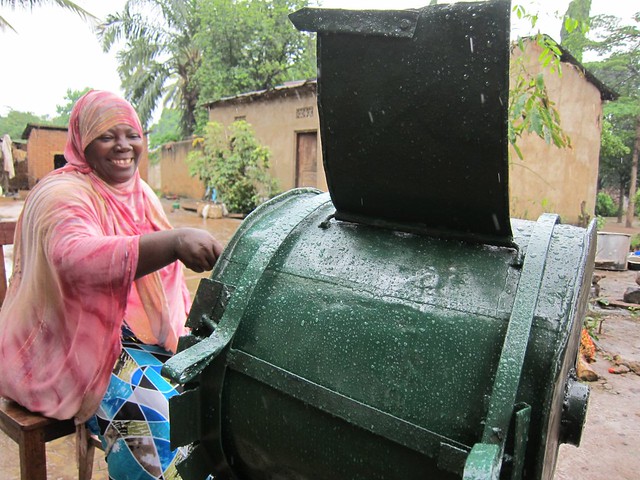 Mwanahamisi Goha’s palm oil technology design group, called Jitegeme group, consists of two women and three men. They collectively developed the palm oil extracting machine prototype pictured above, which can extract 20 liters of palm oil in 30 minutes. This is a major improvement, because standard models typically take four hours to extract the same amount of palm oil (a popular product on local markets) and requiretwo people to operate instead of one. This new prototype also allows operators to sit instead of stand. (Photo by Giselle Aris) 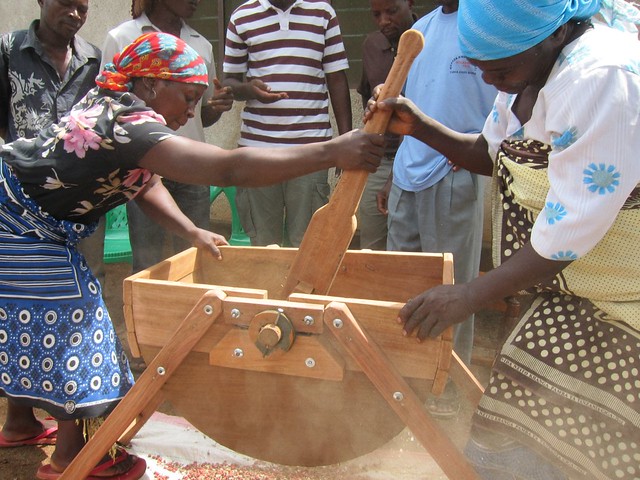 Arafa Mwingiliera and Habiba Njaa’s peanut sheller group, Ukombozi, in Morogoro, grinds nuts using a prototype they developed with three other group members. This technology can shell up to 20 kilograms of peanuts in just five minutes—an amount of work that used to take an entire day when shelled peanuts using their bare hands. Women in southern Tanzania often sell peanuts as snacks along the roadside to passers-by and use them in place of cooking oil to season vegetables. Peanuts are high in protein and calories, making them a good source of nutrition and energy, especially for young children. (Photo by Giselle Aris) 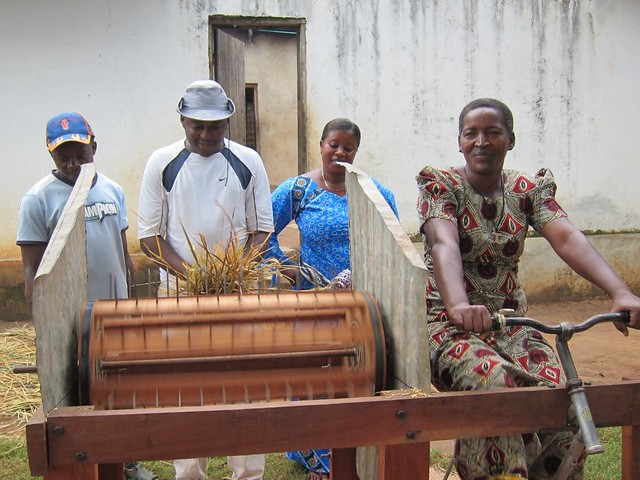 Amina Hussein, Veronica Hogo and other members of the rice thresher technology design group, Lupiro, test their prototype, which they designed using locally available and affordable materials. This technology can thresh 15 to 20 100 kilogram bags of rice per day without crop loss due to spillage (which occurs when farmers thresh rice by hand). The productivity levels achieved by this prototype are a massive improvement compared to traditional hand threshing, from which farmers yield only two to three 100 kilogram bags of rice per day with up to 5 percent of crops lost to spillage. Rice is one of the main staple crops of Tanzania, and, along with maize and horticulture, is one of the Feed the Future target value chains. These value chains are essential to Tanzania’s food security, which has motivated many farmer technology design groups to develop prototypes that bolster their productivity. (Photo by Giselle Aris) 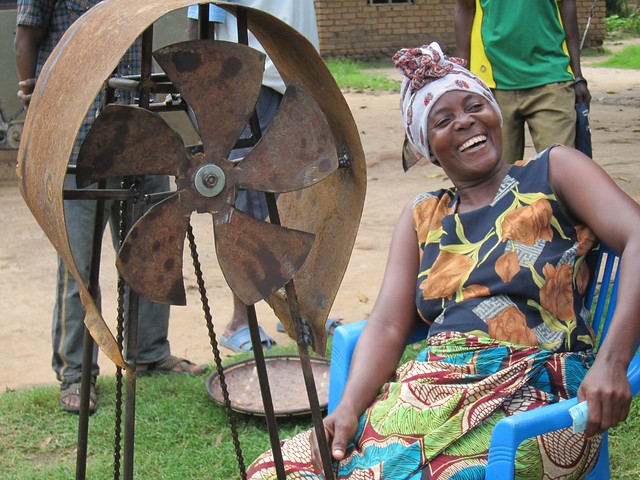 Stella Malangu, a member of the rice winnower technology design group, Jitambue, in Morogoro, smiles after using the prototype she helped design and build. It generates wind to separate rice from chaff and other unwanted particles and pests before storage. When farmers in this group winnowed rice using traditional methods, which required them to stand and be in constant motion, they were able to clean one 100 kilogram bag of rice per day. With their new prototype, these farmers can now winnow six 100 kilogram bags of rice in just three hours. This technology has dramatically reduced time and labor burdens! And it has even led male community members to become involved in what was previously only women’s work. (Photo by Giselle Aris)

Every technology needs investors. Even in cases where inventors have designed functional prototypes, they still require:

IGE is working in each of these areas to ensure technology continues to help transform the lives of smallholder farmers in Tanzania. For more information on how you can get involved, visit our website.

Peanuts are an ideal therapeutic food because, in addition to being high in protein, they are almost 50 percent fat or oil, which is a key element in the treatment of acute&nbspmalnutrition.