In the face of shocks, like drought and conflict, women’s groups find new ways to make a living.

Until recently, Kuresha Dille had been a pastoralist all her life. But growing challenges have led this 38-year-old woman from Isiolo, a pastoralist community in northern Kenya, to look for alternative ways to make a living.

Isiolo often suffers from frequent shocks, such as unpredictable weather and conflict, and ongoing stresses like urbanization, lack of financial services, and livestock loss. These challenges have reduced the space in which pastoralism and farming can successfully take place in the northern frontier and left many needing humanitarian assistance to survive. As marginalized groups, women and youth bear the brunt of these shocks and take the most time to recover as opportunities available to others are not as readily available to them.

With support from USAID, Dille joined hands with other pastoralist women from her village to better support herself and her family.

Through Feed the Future, USAID helps vulnerable communities like hers adapt to drought and other weather-related shocks and regain assets — such as livestock, savings, and crops — that support their livelihoods. USAID provided training for three women’s groups in Dille’s community to share modern crop production techniques, showcase alternative livelihood options, and help them form cooperatives for greater business success.

The women’s groups quickly found a market for their chickens in Kulamawe Poultry Farm, a local startup that was eager to grow its own business. Feed the Future had recently helped Kulawawe develop a chicken processing plant to supply the rapidly growing local market for chicken.

“Right now my biggest focus is working closely with these women’s groups to raise their production levels for rearing free-range chicken, which has a huge appeal in the marketplace,” said Denis Marangu, the CEO and entrepreneur behind Kulamawe Poultry Farm.

Marangu wants to open the entire region to poultry farming as an alternative way for people to make a living. Women like Dille are seizing the opportunity.

“This year, I have sold chicken twice to Kulamawe, and with the training we have received, our group plans on adding 100 more chicks to rear and sell to Kulamawe,” Dille said.

Dille and other women in her community are increasing their resilience and protecting their profits. In addition to diversifying their livelihoods, they’ve also established village savings and loan groups, which make it easier for the women to access credit from one another and pursue other income-generating opportunities. Feed the Future is also helping small-scale farmers improve production in the area and better connect to markets.

Feed the Future’s work in the Isiolo region is just one example of how our efforts help protect and ultimately accelerate progress against hunger and poverty, even in places where drought is a recurring shock. With more sustainable livelihood opportunities, improved financial services, and strengthened markets, the Isiolo community can weather these shocks and better cope with the challenges that come their way.

The Feed the Future Resilience and Economic Growth in the Arid Lands–Accelerated Growth (REGAL-AG) project, funded by USAID and implemented by ACDI/VOCA, facilitates behavior change in actors along the livestock value chain in Marsabit, Isiolo, Wajir, Turkana, and Garissa counties to improve incomes, stimulate growth, and build resilience among pastoral communities in Kenya’s arid lands.

The World Food Programme’s Food for Assets program, supported by USAID’s Office of Food for Peace, has been shifting from direct food relief to resilience building or asset creation since 2010. Food for Peace supports activities to reduce food insecurity among vulnerable populations for the long-term and help build resilience in communities facing chronic poverty and recurrent crises such as drought. 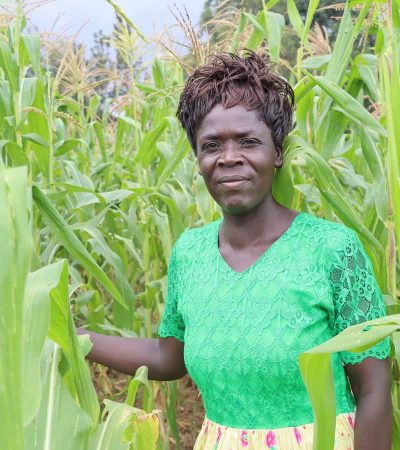