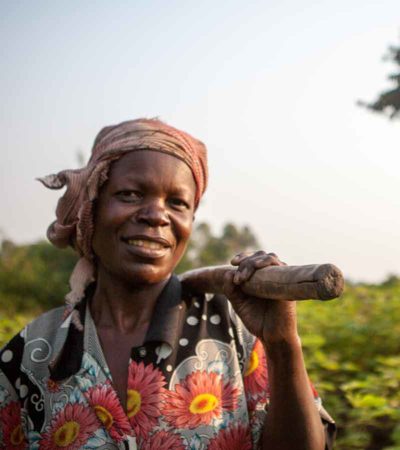 Africa has witnessed remarkable change in the space of one generation. The 2014 U.S.-Africa Leaders Summit is a historic opportunity to deepen our engagement.

Over the past decade, African leaders have demonstrated a strong commitment to prioritizing agricultural development, food security and nutrition. And the United States has employed a more sustainable and effective model of development to support Africa’s progress.

Recognizing that Africa’s future will be determined by its own people, we’ve built our development programs around African leadership. We share a commitment to ensuring the dignity, well-being and freedom of all people.

In fact, Africa has already transformed into a center of global growth, creating more opportunities for its people than ever before. The challenge now is to ensure these gains benefit all of Africa’s people, for far too many Africans still endure the daily injustices of extreme poverty and hunger.

Even in a world with a growing population, limited natural resources and a changing climate, we have the tools, technologies and partnerships to ensure this is an achieveable goal.

Inspired by African leadership and action on investing in agriculture, President Obama launched a global hunger and food security initiative as one of his first foreign policy acts, mobilizing the global community to focus on these issues.

Through the Feed the Future initiative, the United States has partnered with 12 African countries to generate broad-based economic growth and improve food security and nutrition. Together we are ensuring smallholder farmers, particularly women, have the tools they need to create a better life for their families and communities.

Pioneering a new model of development in Africa and beyond, Feed the Future is accelerating progress toward a world where no child goes to bed hungry.

That’s not all. In 2012, African and global leaders announced the next phase in global investment in agriculture and nutrition: the New Alliance for Food Security and Nutrition. Two years later, it’s already accelerating progress and delivering results.

Yet across the globe, and particularly in Africa, climate change threatens to reverse these gains.

That’s why Feed the Future uses a climate-smart approach to ensure smallholder farmers can adapt and thrive despite variations in rainfall, higher temperatures, and more saline soils.

This not only helps farmers increase their productivity, but it helps communities increase their resilience and better withstand and bounce back from crises when they do happen.

Join us this week as we celebrate the progress Africa has made, strengthen our shared commitment, and discuss the challenges ahead—and what it will take for us to collectively overcome them—during the historic U.S.-Africa Leaders Summit in Washington, DC.

U.S. – Africa Leaders Summit: Investing in the Next Generation

This August, President Obama welcomes leaders from across the African continent to Washington, DC, for a historic three-day summit to highlight the U.S. commitment to Africa and its people, advance our shared interests and priorities, and strengthen our partnership.

Signature Event: Resilience and Food Security in a Changing Climate

African and U.S. leaders gather to discuss development cooperation on the interconnected issues of resilience, food security and climate change.

A day focused on trade and investment opportunities in Africa during the U.S.-Africa Leaders Summit.

Read this blog post from the U.S. Department of Commerce for more information and view this fact sheet from the White House.

Learn more about the three regional U.S.-African Trade and Investment Hubs, which Feed the Future supports:

First Lady Michelle Obama, in partnership with former First Lady Laura Bush and the Bush Institute, will host a day-long spouses symposium at the Kennedy Center focused on the impact of investments in education, health, and public-private partnerships. Feed the Future in Action

The U.S.-Africa Leaders Summit may be in Washington, DC, but you can join too! Check out the conversation online by following our partners for live tweets from events throughout the week as well as lots of information, resources and stories celebrating Africa’s progress.

The hashtag for the U.S.-Africa Leaders Summit is #USAfrica.