Ah, Super Bowl Sunday. It’s an American tradition! I have to admit, I’m a die-hard football fan and I, like millions of Americans, look forward to this weekend all year. If your household is anything like mine, Super Bowl Sunday is not just about football, it’s about gathering friends, cheering on your team (Go Hawks!), and indulging in a day away from those New Year’s resolutions.

From chips and dip to pizza and spicy wings with ranch dip, food is definitely at the forefront of the American conscience this, of all great American weekends. In fact, next to Thanksgiving, Super Bowl Sunday is the top day for food consumption across the United States.

In case you missed it, this past Thanksgiving we challenged Feed the Future’s fans to help raise awareness about global hunger — and how solvable of a problem it is — by entering a sweet potato recipe contest featuring an MVP (and football shaped!) tuber, the mighty sweet potato.

Now, with the big game upon us, consider this: Just as your Thanksgiving meal wouldn’t be complete without all the fixings — stuffing, mashed potatoes, pumpkin pie — your tasty snack splurge wouldn’t be possible without a thriving agriculture system as well.

Feed the Future’s game plan is to help improve agriculture systems around the world as a way to reduce hunger, poverty and undernutrition — from farm to market to table (or the couch, as it were, this Sunday).

As you gear up for the big day, check out some of the star players in our lineup of foods we’re helping farmers make a better living from that just might feature in your game day snack spread too — or, if you’re looking for menu ideas, provide some inspiration. Whether you’re hosting a party or meeting up with friends, they’re sure to secure the top spot as snack time MVP: 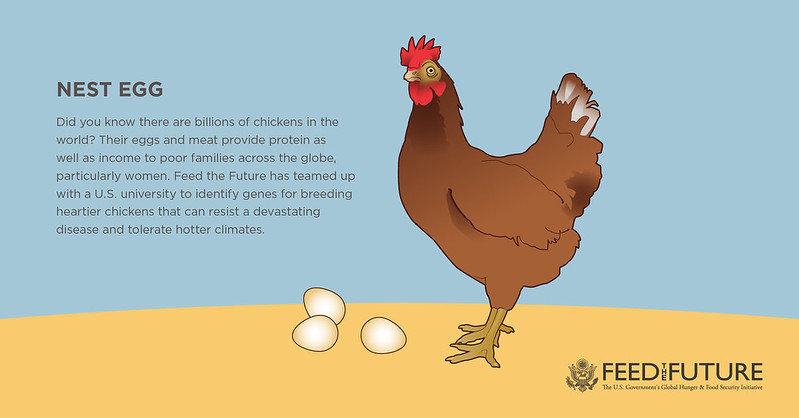 Challenges: Chickens are susceptible to infectious diseases and heat stress from climate change.

Forward Progress: Feed the Future has teamed up with the University of California, Davis, to identify genes for breeding heartier chickens that resist a devastating disease and tolerate hotter climates. 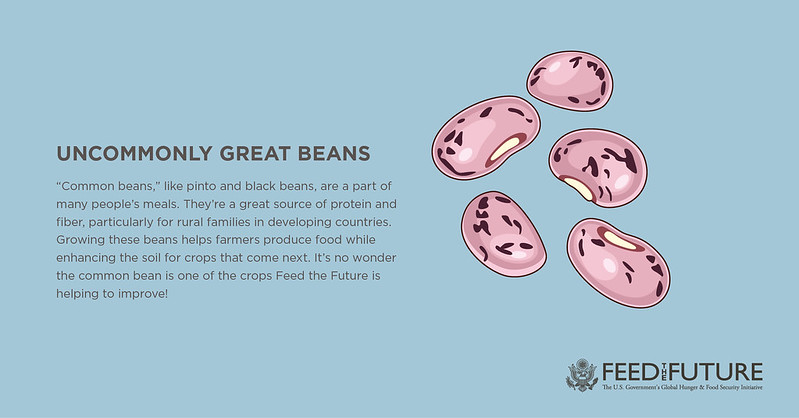 Forward Progress: The U.S. Agency for International Development and U.S. Department of Agriculture have teamed up with U.S. universities such as Michigan State University and Penn State to breed better beans.

As Seen on Snack Menus: Bean dip and chili. 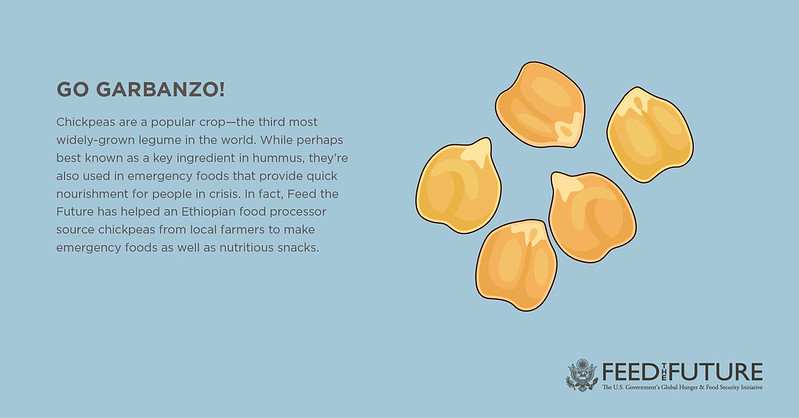 Opportunities: Chickpeas are nutritious, delicious, and use less water than other crops.

Forward Progress: The U.S. Agency for International Development has teamed up with an Ethiopian food processor to help them launch a nutritious chickpea product using chickpeas purchased from local farmers.

As Seen on Snack Menus: Hummus with pita chips. 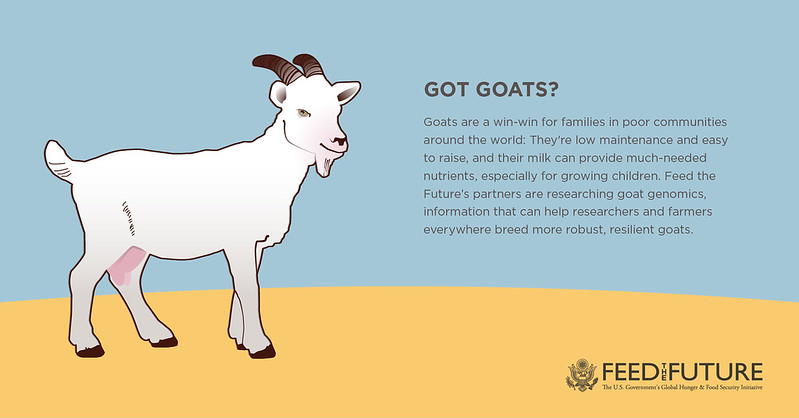 Forward Progress: As part of Feed the Future, the U.S. Department of Agriculture has teamed up with the global research community to develop and share data on goat genomics. This data can then be used to breed better goats that are resilient to climate change and could even produce more milk. 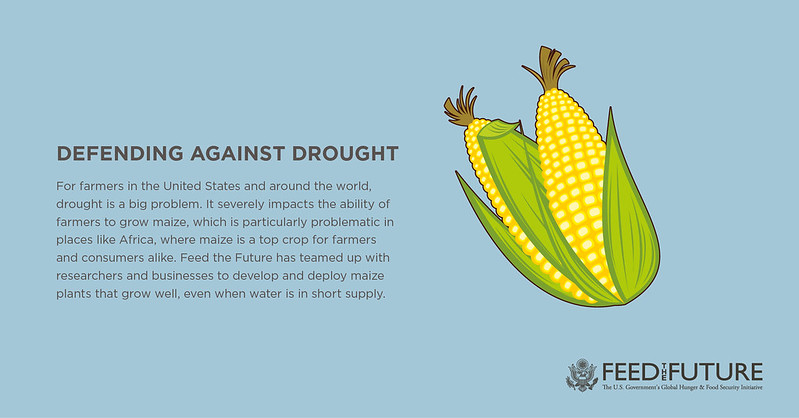 Forward Progress: Feed the Future has teamed up with the international research community and businesses to develop maize varieties that grow well even when water is in short supply (including during droughts!).

As Seen on Snack Menus: Corn chips and salsa.

Strong agricultural systems are made up of farmers, businesses, organizations, governments and consumers that produce, buy, consume, regulate and use foods like the ones listed above. Through Feed the Future, we’re working with all those groups in select developing countries to strengthen their contributions and connections — from farmers’ fields to the global economy — to tackle hunger and poverty and end them, for good.

While you’re celebrating the big game this weekend, join me in taking a second to reflect on the progress we’ve made as a global community in ending hunger and poverty. We have quite a few more yards to go, but for the first time in history, the end zone is within our reach.

How are you helping tackle hunger? What counts in your playbook as a touchdown against poverty and hunger? Let us know your thoughts this weekend on Facebook and Twitter.