Men and women have different preferences about the types of cowpeas they grow, and a Feed the Future project is using data to make them a reality.

Across Africa, cowpea is a staple food which was originally domesticated on the continent. The legume offers families a vital source of protein, fiber and potassium. With more frequent droughts as a result of climate change, Feed the Future’s Innovation Lab for Crop Improvement is developing climate-resilient cowpeas so smallholder farmers can continue to grow this staple. Through partnerships with research institutions in Malawi, Mozambique and Tanzania, Feed the Future discovered an important finding to increase adoption rates of these new cowpea varieties in farming communities – men and women have different preferences around grain yield, taste, color, pest resistance and cooking time.

Newer varieties of cowpea are bred to withstand drought, heat, low soil fertility, diseases and pests like aphids. But some farmers have been slow to adopt these new varieties because the improved cowpeas weren’t meeting their specific needs. In response, Feed the Future conducted a gender-sensitive value chain analysis. This means collecting data about the cowpea traits that local farmers and consumers, particularly women, value so researchers can breed cowpea varieties that are consumer-preferred, market-driven and resilient.

Women, for example, may prefer cowpea varieties that are less labor-intensive to grow and easier to cook, which helps to bring nutritious food to their families and improve their economic standing. Men, meanwhile may prefer cowpea varieties with shorter maturity times, which mean they can grow two cycles of crop within the same rainfall that they can quickly bring to market.

By better understanding the needs and wants of local people, breeders can develop new cowpea varieties that are sensitive to farmers’ lived experiences. Farmers are then more willing to adopt, use and distribute these new varieties throughout their local communities. When crop innovations are matched with community buy-in, this means stronger food security and resilience all around.

Dr. Jessica Kampanje-Phiri, a co-lead researcher on this project, used various methods to collect survey data in Malawi, Mozambique and Tanzania – three of Feed the Future’s new target countries. With her team, they collected data from male and female farmers, producers, breeders and marketers. The aim was to understand what role these groups play in the cowpea value chain–from farming, home preparation, breeding, processing to marketing–and their preferred cowpea traits.

“We are taking a holistic approach towards a [cowpea] breeding program. Social scientists and natural scientists are working together for an innovative cause that will accelerate adoption rates,” says Kampanje-Phiri. 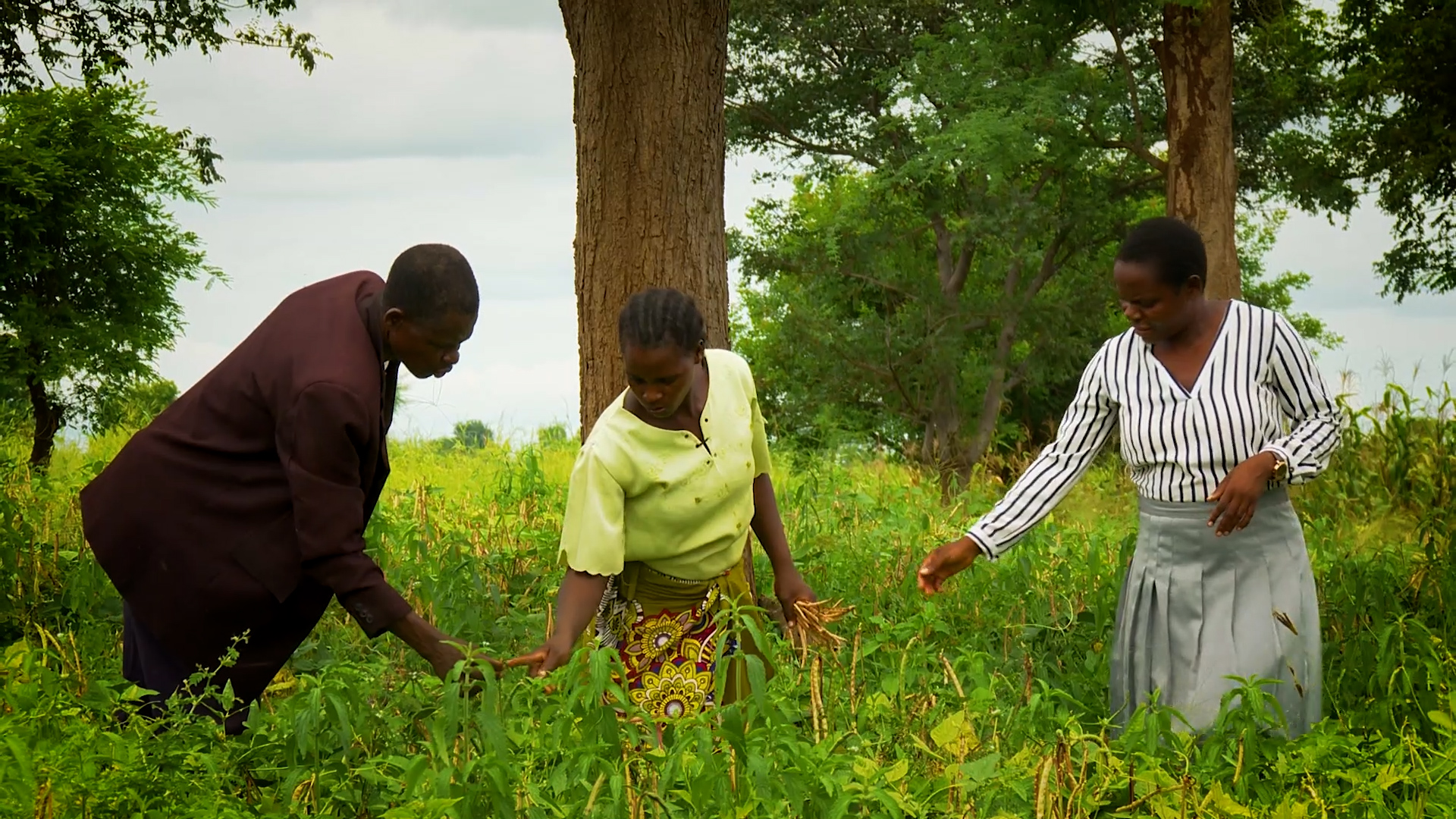 Although these new varieties are not in the hands of farmers yet, farmers who have adopted local cowpea varieties have already seen positive results and are providing valuable feedback to Feed the Future researchers to make these crops even better. Agnes Petulo, a smallholder farmer in Malawi, used to grow beans. She transitioned to growing a local cowpea variety that’s more drought-resistant. She hopes her cowpea farm will earn her enough income to put her two children through school.

Frederick Lawrence, another cowpea farmer from Malawi, says cowpea farming has improved his livelihood, “We can now build modern houses, buy motorcycles for transportation and do a variety of other things that were not possible before we began growing cowpea.”