Pests Are No Match for New Eggplant in Bangladesh

New technology shields farmers in vulnerable areas from risk and helps them build their resilience.

Mohammad Abul Hossain is an experienced vegetable farmer from the Bogra district of Bangladesh. Like approximately 150,000 other Bangladeshi farmers, Hossain grows brinjal — also known as eggplant. Many of these smallholders farmers fight a daily battle against the eggplant fruit and shoot borer, an insect that damages crops and often prevents farmers from making a profit. 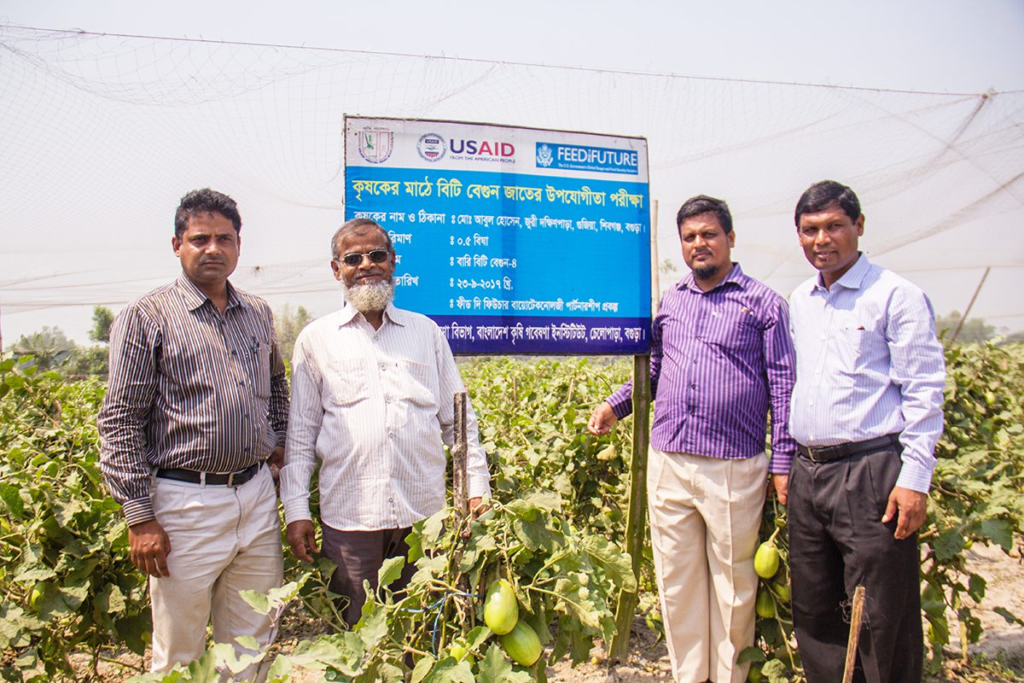 As the name suggests, this pest bores into the shoots of growing brinjal and kills the plant. It also bores into the edible portion of the eggplant once it’s fully grown, making it unmarketable.

Traditionally, Hossain and his fellow brinjal growers have tried to fight the pest using insecticides they apply two or three times per week, and sometimes even as much as twice each day near harvest. Despite the intense insecticide spraying — a tactic that makes up to 40 percent of their total production cost and has severe environmental and health impacts — when the season-long battle is over, it’s common for this pest to have still reduced a farmer’s marketable brinjal yields by as much as 30 to 60 percent.

Fortunately, Bangladeshi brinjal farmers have a new and effective tool against the eggplant fruit and shoot borer: Bt brinjal, a pest-resistant eggplant variety that is immune to the pest and safe for farmers and consumers. The first biotechnology crop released in Bangladesh, Bt brinjal is playing a vital role in the future of smallholder farmers.

Developed by Feed the Future and a cohort of partners, this variety of brinjal contains a protein found in organic biopesticides that has also been used in other vegetables and crops for more than 70 years around the world. The Bangladeshi government approved the new variety and began releasing it to farmers in 2013. While the release is currently managed by the public sector, there is hope that the government will enable private sector seed distributors to assist and facilitate wider adoption.

Once Hossain saw how much better the Bt brinjal grew in a relative’s field, he sought out seeds, received training from Feed the Future, and began growing it. After his first abundant harvest, he was so impressed that he began sharing what he knew with other farmers in his area.

“I have sold about 8,056 kg (17,760 lbs) of Bt brinjal from my land,” said Hossain, speaking to a group of more than 60 local farmers. “There was no [borer] infestation in my crop, and I am expecting to harvest another 400 kg (881 lbs) of brinjal from the field with the same result.” Rather than spraying insecticides every two to three days, Hossain only applied insecticides two or three times during the entire season to protect against other pests. 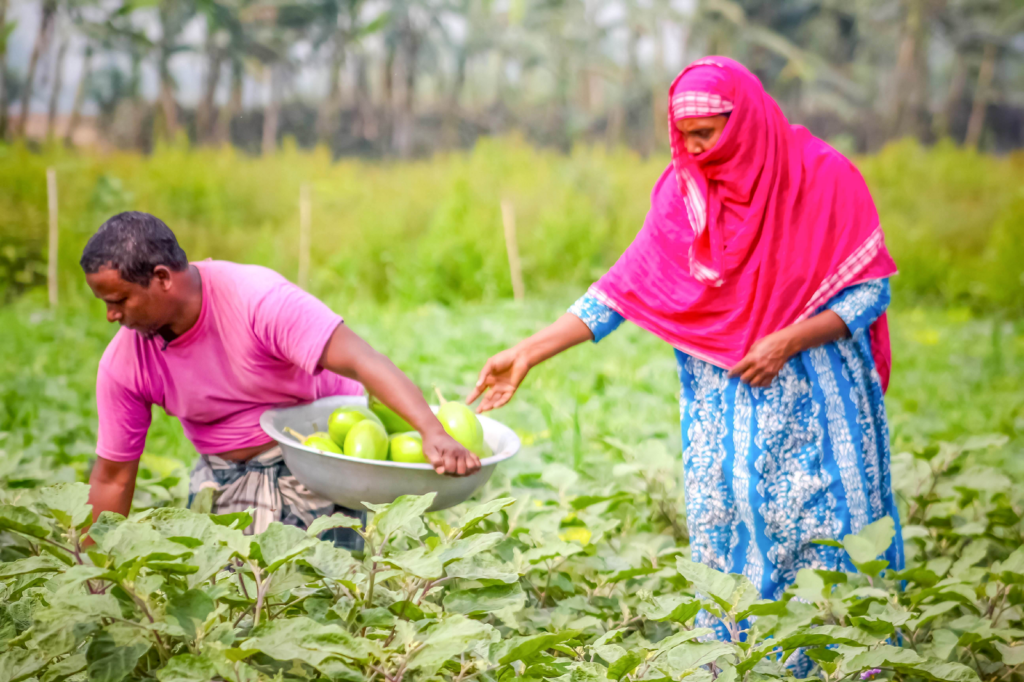 Across the country, Feed the Future is supporting the plant’s growth to help farmers like Hossain protect their livelihoods and maintain food security, even in the face of a dangerous pest. Because Bt brinjal provides almost complete control of the pest, farmers have begun rapidly adopting it — from 20 farmers in 2014 to 34,000 farmers in 2018. It is estimated that widespread adoption of Bt eggplant in Bangladesh will result in a benefit of more than $200 million for brinjal farmers in Bangladesh.

Bt brinjal’s success is protecting the environment, shielding livelihoods from risk in vulnerable areas, and helping farmers build their resilience. 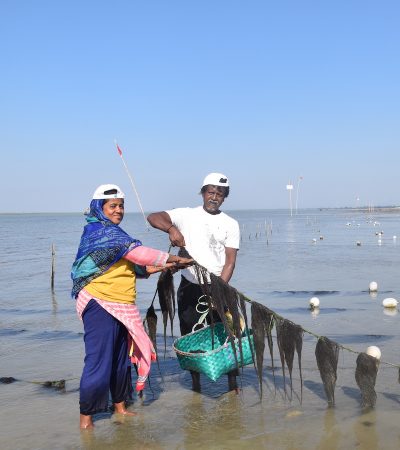 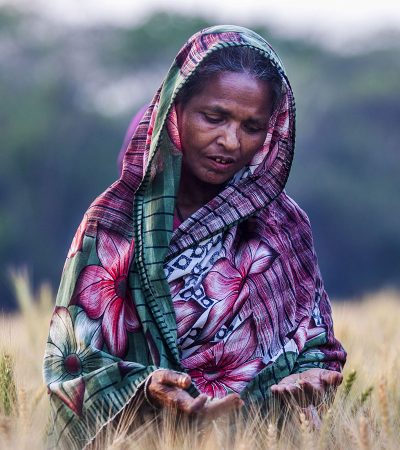 Learn how one rural retailer in Bangladesh enhanced his knowledge to better support farmers. Mohammed Motahar Hassan was in his shop in Jheneidah, Bangladesh, when a client stopped in with&nbspa…