Transforming Development by Empowering the People

Feed the Future, President Obama’s global hunger and food security initiative, invests in developing countries’ agro-food systems and works to improve nutrition for women and children, enabling people—many of them farmers—to grow, thrive, and build healthier lives for their families and neighbors.

By working with rural households worldwide, Feed the Future is dramatically improving the way the U.S. Government does business, facilitating effective, evidence-based, multi-stakeholder development and achieving lasting success in country after country.

In 2015, Feed the Future contributed to inspiring results: 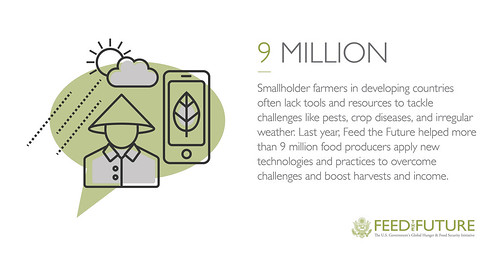 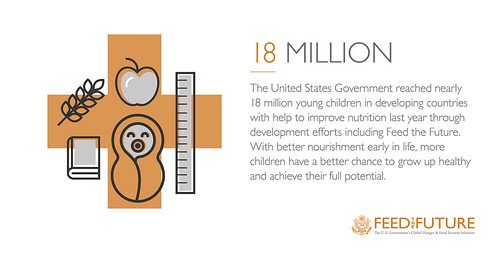 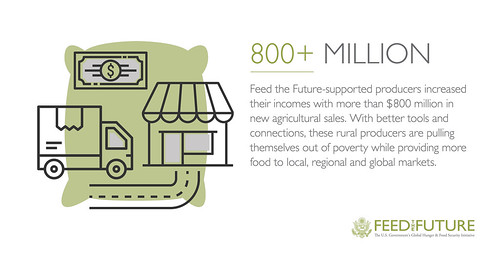 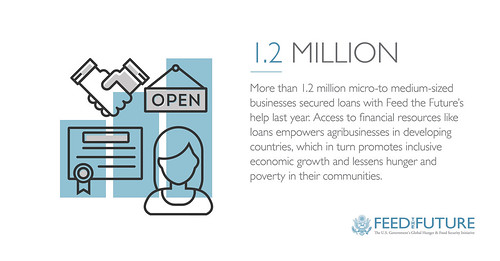 These numbers are adding up to positive change, but we still need to nourish the millions of hungry families that live in the world today and find a way to sustainably feed the additional 2 billion people expected by 2050.

How will we do it? By focusing on people.

It’s About the People

Gifty Jemal Hussein, a rural farmer in Ethiopia, gathered women in her village to join together and build a business through which they grow maize, tend a dairy cow herd, and save for the future.

Although these two rural women live on the opposite sides of the African continent, Nimna and Gifty have a lot in common (aside from growing maize). Through Feed the Future, they both transformed their lives—from making ends meet to helping feed their communities and beyond.

And they both met the President of the United States!

Nimna and Gifty made quite the impression when meeting President Obama. As thriving entrepreneurial farmers, their success stories show that when we empower rural farmers, a little goes a long way. 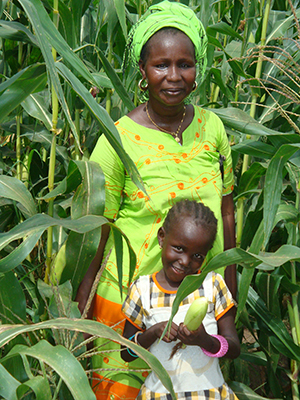 Nimna with her young daughter, Aby. Nimna’s excited about the opportunities that lie ahead for young rural women. Photo by A.B. Sow.

Nimna met President Obama during his visit to Senegal in 2013. Her cooperative’s 2,023 members from seven communes made more than $2 million in revenue that year from selling maize under Nimna’s leadership.

“Meeting the President of the United States is a moment we are proud of. It reinforced our leadership and serves as one of the highlights in the life of our organization,” Nimna recounts.
Since then, the cooperative has grown to 2,401 members, spreading across 22 communes in three regions, and now has a larger storage space for harvested grain. The cooperative’s accomplishments also led it to play a key decision-making role in Senegal’s maize sector.
With her knowledge, passion and success, Nimna entered the political space as the municipal councilor in the local town to better defend the interests of the cooperative and her community.
Nimna was also nominated asone of Senegal’s most prominent rural women leaders for her determination to help improve the livelihoods of her family and those around her. And it all started with a loan she secured through Feed the Future. 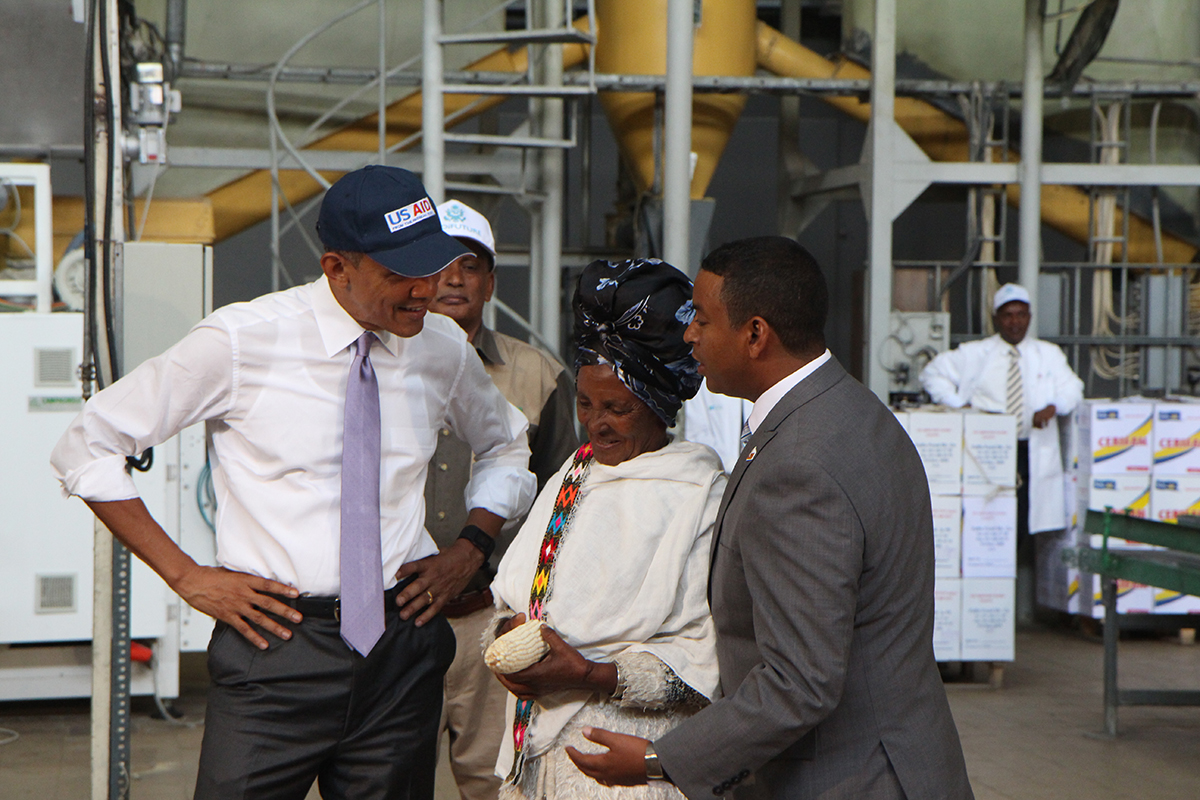 President Obama meets Gifty, a smallholder farmer in Ethiopia empowered by Feed the Future. Photo by USAID Ethiopia.
Gifty grew Ethiopian banana, maize and a few coffee plants in her backyard. She still plants these crops today, but the difference is that with the skills and confidence she gained with help from Feed the Future, she’s doing agriculture differently by using improved seeds and fertilizer and better farming and post-harvest techniques. And the increased productivity is helping her diversify her crops, raise poultry and improve her income.
This success helped Gifty unleash her leadership skills. She showed the neighboring farmers how changing their lives for the better is possible.
In 2015, Gifty met President Obama during his trip to Ethiopia. “Meeting with him was delightful!” says Gifty. And she’s proud that her hard work and success gave her the opportunity to meet the President of the United States.
Energized by his recognition, Gifty has continued to support her family and community. It’s a challenge to bring everyone on board with a new approach, but Gifty has the courage to do things differently and show her neighbors what works.
With the support she gained from the Ethiopian government, a public-private partnership, and her community, Gifty is helping neighboring farmers adopt better agricultural practices to grow more, earn more, and live better lives.
It’s All About Attitude
Nimna and Gifty both have a can-do attitude and the ability to lead. With access to loans and resources, Gifty and Nimna are improving their livelihoods and empowering those around them.
Sustaining Progress
The recent passage of the Global Food Security Act of 2016 by the U.S. Congress helps solidify progress toward eliminating hunger and poverty. It reinforces Feed the Future’s successful approach to increasing food security and nutrition and brings the world one vital step closer to achieving the Sustainable Development Goals.
With strong momentum, we look to the future with optimism that, by working with the people around the world who inspire us to deliver results, we can end poverty, hunger and malnutrition by 2030.
Explore our 2016 Feed the Future Progress Snapshot to learn how Feed the Future and other U.S. Government food security and nutrition efforts are delivering results and contributing to impact.