Despite facing many obstacles, Bangladesh has risen rapidly to become one of Asia’s fastest-growing economic powers, on-track to transforming itself into a middle-income country this year. Its rural economic progress can be strongly attributed to the country’s burgeoning livestock industry. With an estimated 25 million cattle, 15 million goats and 118 million chickens, Bangladesh ranks as one of South Asia’s largest livestock producers. The sector accounts for approximately 1.7 percent of GDP and employs 14 percent of the nation’s labor force.

While livestock remains a significant contributor for rural economic growth, it can also be a contributor of greenhouse gases. Poor manure management can result in a high volume of methane emissions, while indiscriminate dumping practices can inflict environmental damage on aquaculture ponds and farmland. To foster more sustainable practices, livestock farmers are increasingly turning to portable biodigesters, a type of specialized tank used to digest organic material. 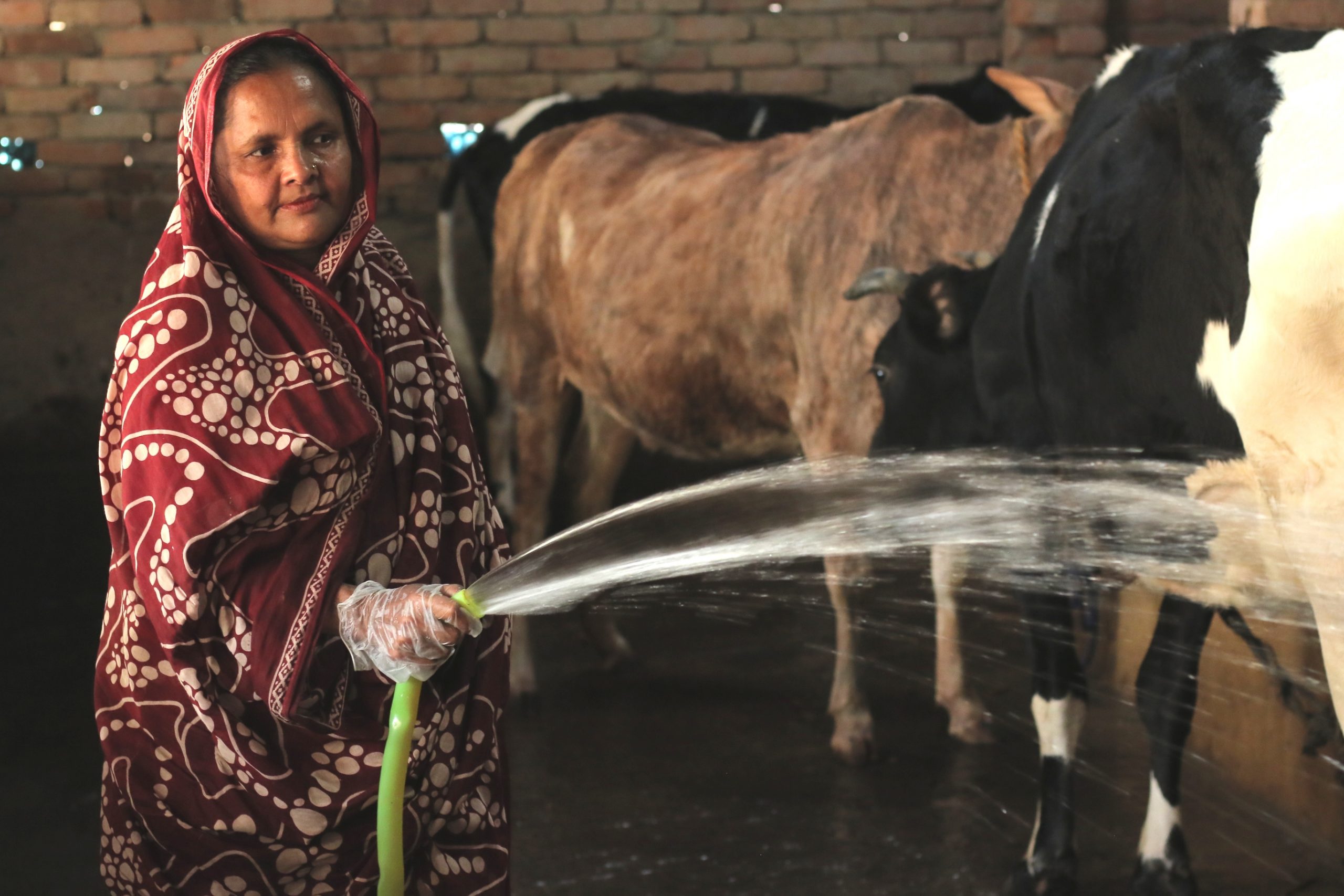 To advance these sustainable practices, the Feed the Future Bangladesh Livestock Production for Improved Nutrition Activity, implemented by ACDI/VOCA, teamed up with a biodigester company to bring portable biodigester technology to smallholder farmers in Bangladesh. Biodigesters use a natural process called anaerobic digestion to convert raw manure and other farm waste into organic fertilizer and biogas, a natural by-product consisting mainly of methane and carbon dioxide. Rather than releasing harmful methane gas into the air, this process transforms it into a sustainable source of clean cooking fuel and a free alternative to other fertilizer for smallholder farmers. In other words, a negative becomes two positives.

The biodigesters have also led to a number of important economic and health benefits. As in many other developing nations, families in Bangladesh commonly rely on wood-fired stoves to prepare their meals. The resulting smoke and fumes contribute to more than 100,000 deaths annually due to pulmonary diseases that affect primarily women and children. Thanks to the availability of clean biogas, many of these deaths can now be avoided. In addition, the biodigesters have provided livestock farmers like Topoti Adhikari with a secondary revenue stream through the sale of surplus fertilizer and biogas.

“The biodigester has brought many benefits for us. Previously, gathering firewood and cooking took about six hours per day. Cooking with biogas now only takes three hours and there is no longer any smoke,” Adhikari said. “I use the fertilizer on my farm and recently sold 20 bags to a customer. This has given me an extra source of income.” 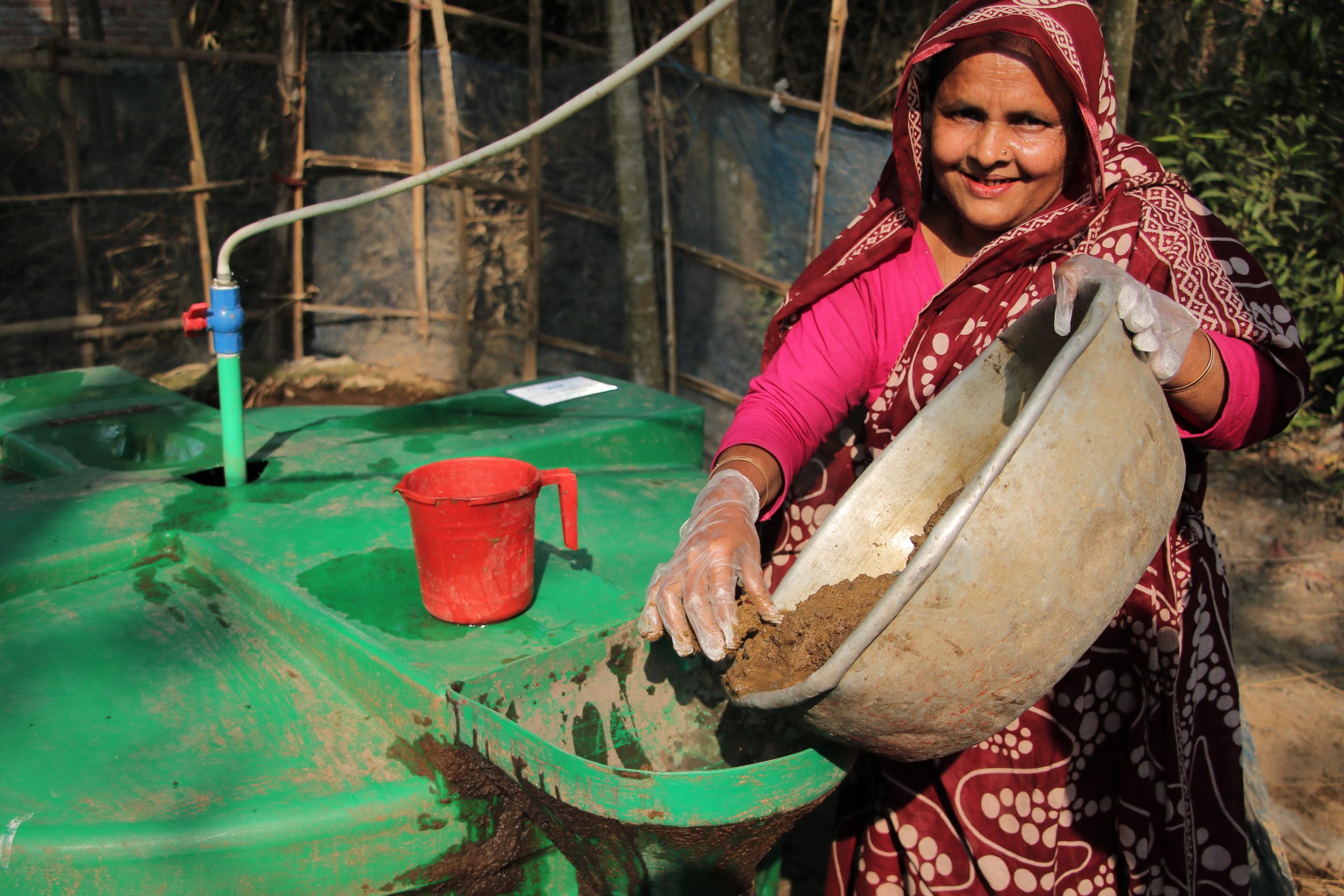 Since it first began distributing biodigesters in 2020, Feed the Future’s efforts have made inroads in nearly a third of Bangladesh’s districts.   At an average of nearly five family members per smallholder family, the work will eventually impact approximately 100,000 farmers, like Adhikari.

While Bangladesh still faces a daunting array of challenges on its path toward economic resilience and environmental sustainability, new technology is helping pave the way and enabling smallholders to be more productive, while supporting a host of corollary social and economic benefits. The continuing work of organizations like Feed the Future and ACDI/VOCA helps ensure that all Bangladeshis can soon enjoy the fruits of their hard-won progress. 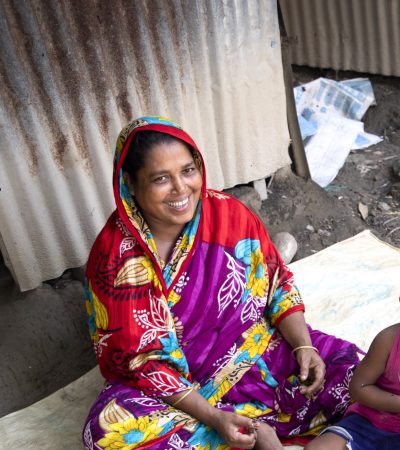 This article in brief: Bangladeshi women can make a living through livestock farming, however, socio-cultural norms limit their access to market roles beyond basic farming. Male community members often&nbspchallenge…